Safe Title Area is one of those TV production topics that still causes a lot of confusion even though the last change occurred in 2009. We get our geek on here in order to give you an understanding of the technical specifications and how and why they’ve changed over the years.

It’s helpful to understand how the first popular TV sets differed from the flat screen TVs that are commonplace today. Cathode ray tube (CRT) televisions, which dominated household TV sales starting in the late 1950s, were designed in a way that made the edges of the picture invisible to the viewer. In 1961 the Society of Motion Picture and Television Engineers (SMPTE) issued specific requirements to ensure that titles would not be cut off by the CRT’s rounded edges. Thus SMPTE RP 8 was born. It specified a Safe Title Area for TV Transmission, 80% width, 80% height rectangle with rounded corners. In 1963, SMPTE RP 13 added a Safe Action Area, a maximum image area rectangle that should contain all significant action, which specified a 90% width, 90% height rectangle with rounded corners.

With this new standard, we also have more room for titles. However, because the new Safe Title Area uses the same 90% margin that was previously used as the Safe Action Area in 1961, a lot of video producers are still confused. The 16:9 Safe Title Area (red-dotted rectangle below) should be used for both HD content and when HD content is being downconverted (letterbox) to SD. If you want to prevent key content from being cut-off when downconverted (center cut) to SD, all graphics, text and frame composition elements should be placed within the center cut protected area (4:3 Safe Title Area), otherwise, the content outside of the 4:3 Safe Title Area (red-dotted rectangle below) may not be seen by the viewer. 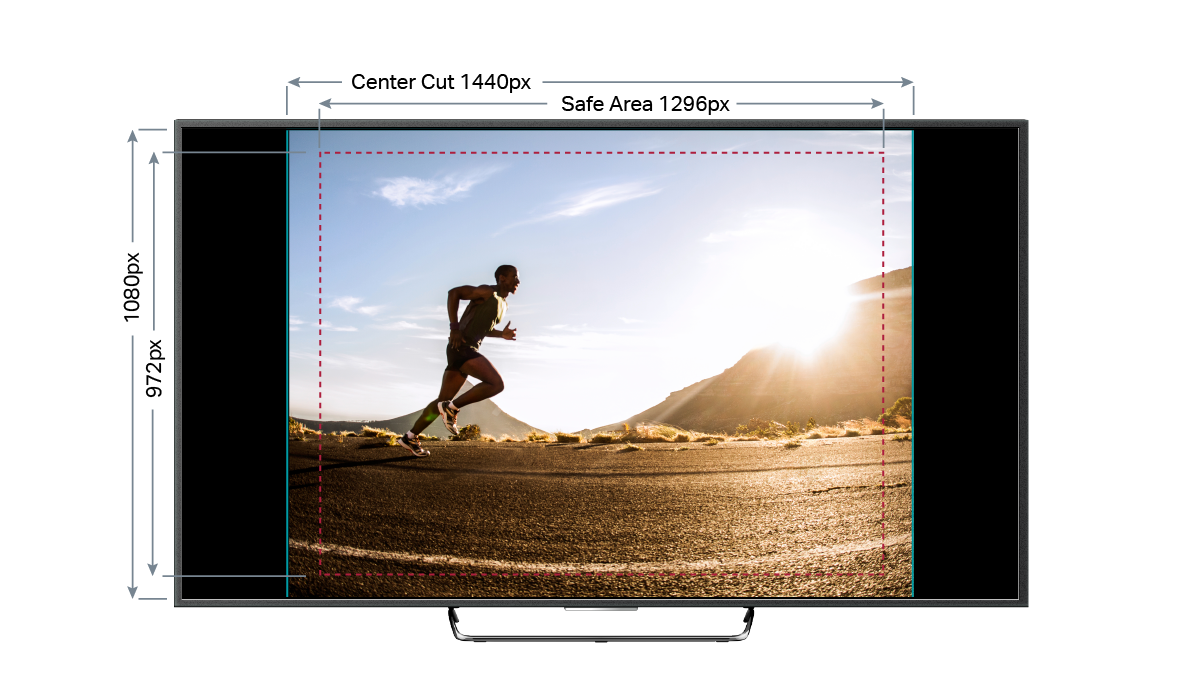 The ultimate goal is to prevent key content from being cut-off, regardless if the viewer is watching an SD feed on an SD or HD TV or an HD feed on an HD TV.

We hope this clears up some of the confusion for you. For more information, see our related blog posts: What Happens to HD Ads When Viewed On A Standard Definition TV?, All About Aspect Ratios and What is AFD? (Active Format Description) And Why Do You Need It for TV Spot Production?.