The Pros and Cons of Social Video

Social video is the latest ad format to grab attention and budgets from marketers. According to one February 2016 survey, 12% of US marketers have already purchased auto-play ads on Facebook, and another 57% said they were likely to do so in the next six months. Consumers seem to like social video too: Facebook says its users watch 100 million hours per day of video, and platforms like Snapchat are now seeing daily views in the billions. As more social media platforms from Facebook to Twitter to Instagram join YouTube in offering video advertising, competition is heating up. Is all this hype about social video for real? What do advertisers need to know (and watch out for) when it comes to this emerging medium?

While there’s no question that social video offers plenty of opportunity for experimentation, it’s not without caveats. One of the biggest questions is whether social video viewers are actually watching and engaging. Because many social platforms auto-play content as users scroll through newsfeeds, some would argue that advertisers are not truly getting their money’s worth.

On top of this, there are concerns about the “native” nature of many social video formats. While it’s true that most of the biggest social video platforms now let advertisers use :15-, :30- and :60-second creative, that video still needs to be optimized for each platform to perform properly. Many platforms prioritize video uploaded “natively” using their own players, limiting the scalability of campaigns. This is to say nothing of trying to use third-party tracking tools, most of which are blocked within the social “walled gardens,” limiting measurability and scalability.

Still, there’s no question that there’s lots of potential for experimentation right now on these social platforms. Many of the biggest social video players are working to quickly add third-party video ad verification partners and expand their video ad products to entice advertisers. In addition, YouTube remains an advertiser favorite for video campaigns. The site continues to attract huge audience numbers, and many buyers emphasize that the site remains one of the best for reaching consumers specifically trying to search for, and consume, video content.

Should advertisers give social video a second-look? While there’s still plenty of questions and performance issues to be answered, the evidence suggests it’s worth a try. Ultimately, only time (and advertiser budgets) will tell whether this growing ad format is the real deal or just the flavor of the moment. 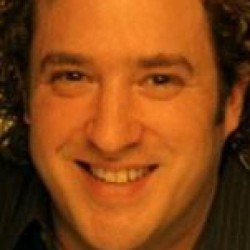