Through VideoNuze, Will Richmond provides a daily roadmap of the most significant video trends and breaking news impacting the industry.

What video ad trends from 2018 do you expect will have an impact on Super Bowl LIII?
The Super Bowl continues to address one of the biggest challenges in the industry – how can advertisers get their critical brand messages in front of large audiences watching simultaneously. On-demand viewing, devices, cord-cutting and the proliferation of video services all continue to fragment audiences, making the ad buyer’s work ever more challenging. The Super Bowl’s ability to aggregate a massive live audience is unique and the price advertisers pay to be a part of it reflects this reality.

How do you think brands will leverage video if they don’t purchase a TV slot during the Big Game?
By creatively using the tools of the modern digital era. Tostitos for example, has caught my eye as an advertiser not using in-game ads, but still using the game’s excitement effectively. The brand is live-streaming its 53 hours #TostitosLiveBowl. It’s a great use of live-streaming and includes player appearances, interactivity, awards and more. Very clever.

A few brands have already released teaser videos for their ad spots. From what you’ve seen, is there an ad that will likely emerge as a fan favorite?
I’ve only seen a few ads so far, but Amazon’s ad “Not Everything Makes the Cut,” which already has several million views on YouTube, is likely to end up in the favorites list this year. It’s a spoof of various ways Amazon has “experimented” with how Alexa could be implemented, with some hilarious fails. Harrison Ford is featured and ever since “American Graffiti” I’m a sucker for anything he appears in.

What are your plans for Game Day?
I’ll be watching the game on my Insignia Roku 65 inch HDTV, using YouTube TV to access the CBS broadcast feed. No doubt I’ll nerd out a bit by checking other devices during the game too and comparing the experience. Several years ago I arrayed 10 different devices next to my TV to watch the game which was a fun experiment but almost made my head explode. So this year I’m trying to stick to one screen at a time. 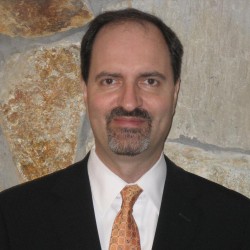 Will Richmond
Guest Writer
Editor and Publisher, VideoNuze
Get In Touch